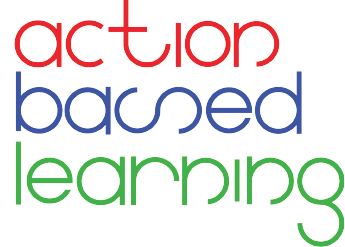 Action Based Learning
BY Dianna Olick, CNBC
Contact Us

School is almost out at Oakridge Elementary School, but the verdict is already in: Kids who move more, learn better.

That’s the consensus of teachers, parents and pupils after a one-year pilot program that introduced active classroom furniture into the Arlington, Virginia, school. Pedal desks, standing balance desks, and kid-sized ball chairs kept students moving while they learned. The results were remarkable.

“Some of the behaviors that teachers noticed increase were time on task, cooperation with each other, having an opportunity to sit and read for longer periods of time, complete worksheets or hands-on assignments without touching or wiggling or being disruptive to the learning community,” said Oakridge Principal Lynne Wright.

A recent study in the journal Pediatrics found that reducing sedentary behavior among students, “is an important target for health promotion in children.” Researchers went on to say, “The integration of kinesthetic  classroom desks which reduce the time that students spend sitting is a promising target for children’s health promotion initiatives.” 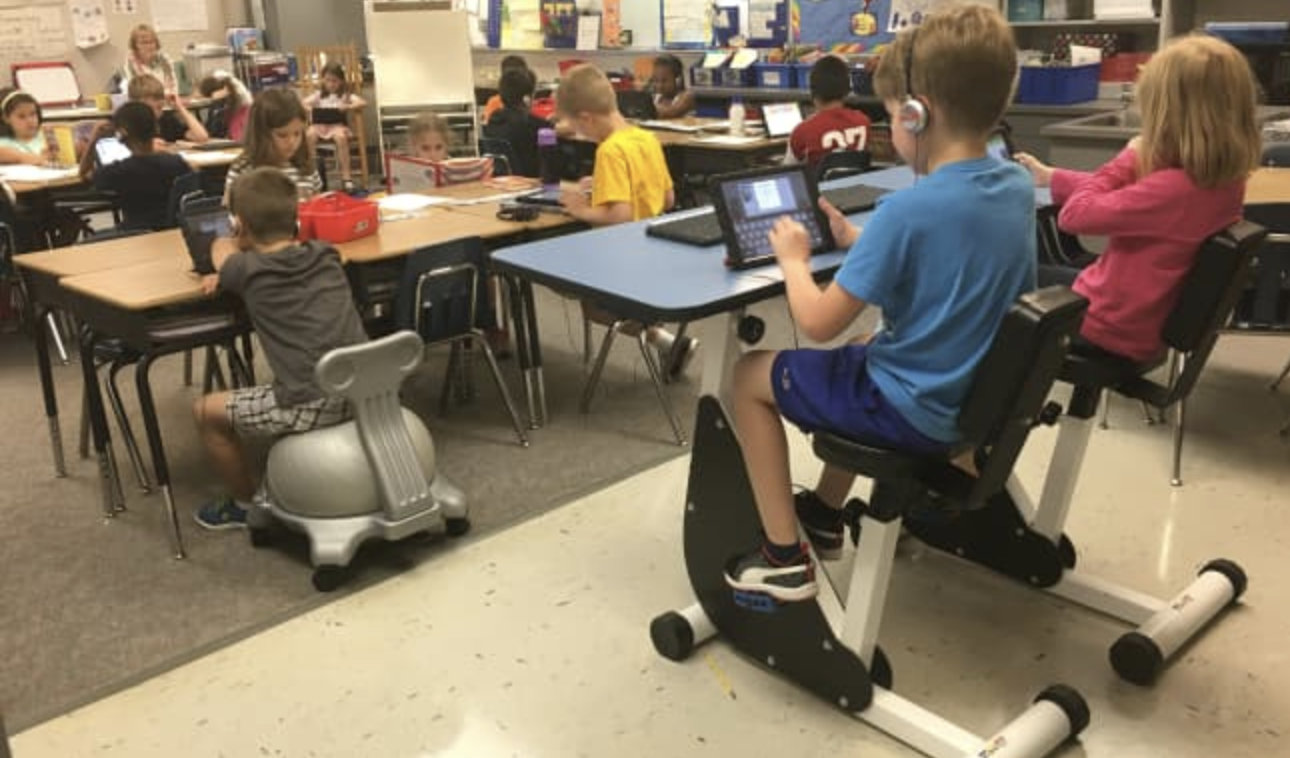 A recent survey of the second grade class of Martha Fishbein found much the same.

“I like all of the equipment. All of them,” said Ilana Price, stretching her small arms wide as she pedaled underneath her desk.

The experiment was born of a mother’s frustration; Heather Sauve wanted to find an outlet for her active son — something to help keep him on task.

“Even if I do before-school fitness programs and recess and lunch and PE class, there’s just an abundance of energy,” said Sauve.

So when she saw a picture of a pedal desk online, Sauve was sold.

“We approached Wright, and she said, ’Absolutely this sounds great, as long as it’s not a cost to us, it’s not distracting to the kids, the teachers are still able to learn; let’s see what we can do,” said Sauve.

After significant research, Sauve chose Kidsfit (now Action Based Learning), a South Carolina-based company that was founded in 1997. It initially made kid-sized exercise equipment for gyms and therapists. After tough times during the recession, it almost went out of business, but then CEO Ed Pinney made some contacts with local schools.

“We began seeing a need for movement in the classroom, so we built all the equipment, and everything we did was based on that science that says there is a direct correlation between a healthy child and a smart child,” said Pinney.

Kidsfit came out with a line of “kinesthetic,” or movement-based, classroom equipment about four years ago. Pinney also developed a training program around it, sending representatives to his customers’ schools and hosting special seminars in the research behind more movement in classrooms.

“And the response was really awesome,” he said.

Sales grew 40 percent in 2014, 60 percent in 2015 and Pinney says he expects 2016 to end with 75 to 100 percent growth. He is expanding the factory, and hiring more people. Kidsfit sells its products in all 50 states, Canada, the United Kingdom, Australia and Hong Kong. 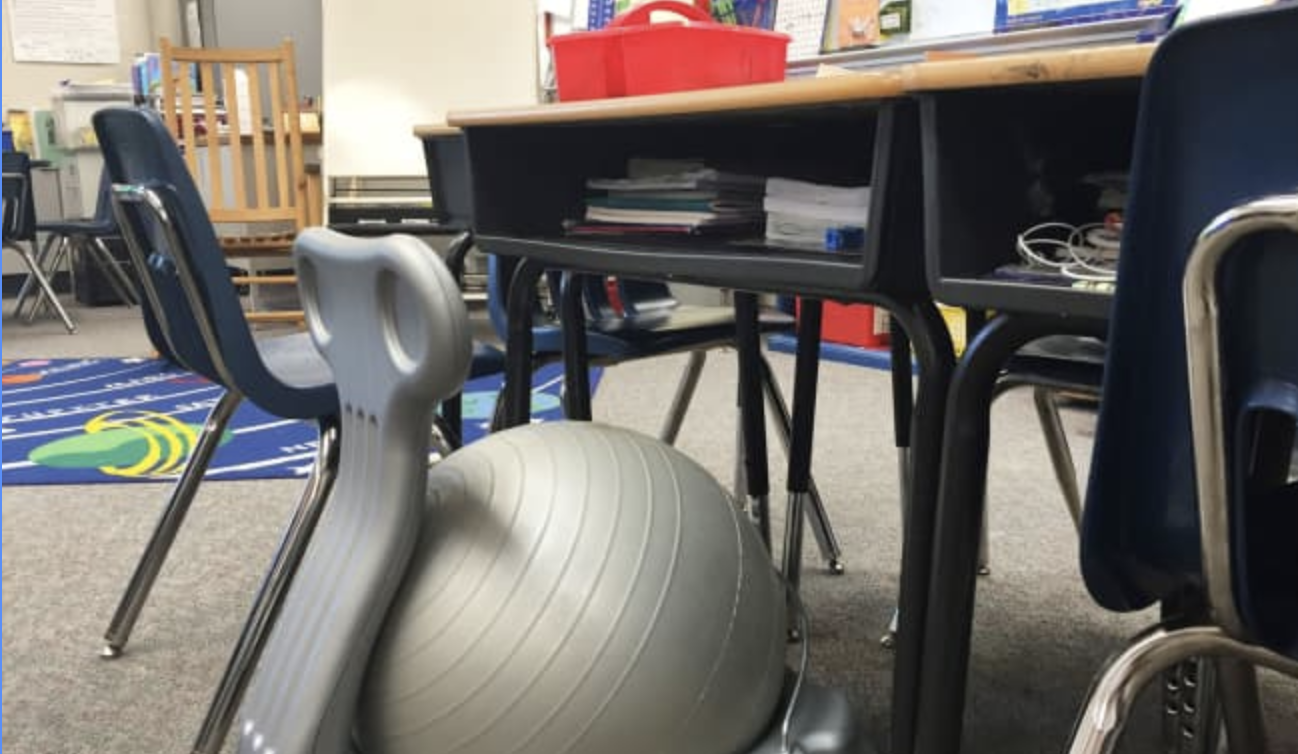 “Everything is specifically and scientifically designed for a younger, less mature child and every movement has a specific design behind it —balance, cardio, gross motor skills, fine motor skills, strength,” he said.

The equipment is not cheap. Sauve estimated the cost at about $1,700 per classroom. Oakridge raised $9,000, so they bought as much as they could and then rotated the furniture class to class throughout the year to ensure that every child could get at least a few weeks with it.

“How do we get more?” was Wright’s biggest concern.

Oakridge is in an upper middle-class suburb, and Sauve admitted it wasn’t that hard to get support from the PTA and local businesses. She is already working on the next round of funding for more equipment. Other schools in less well-to-do neighborhoods have been successful in securing federal funding through grants.

“That has been a big driving factor in our business, is federal grants for education and funding for this, as well as lots of private grants that are out there for health and wellness,” said Pinney. “We always win these grants, because I guess the people that are reading the grant proposals love what we’re doing. This just makes so much sense to do this in the school.”
To purchase a course, visit our online store abllab.com